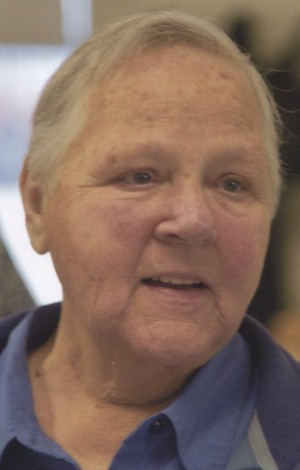 Shirley was married to Wayne Elliott for 63 years. Shirley was born in Peterborough, NH to the late Charles and Alice Blanchette of Peterborough, NH.  She was also predeceased by her three brothers, Charles Blanchette, Jr. (Buddy) who died in the Korean War, Donald Blanchette and Albert Blanchette (Army Veteran), and two sisters, Elizabeth Hanson and Barbara Hanson.

Shirley worked for the Goodell Co. in Antrim, NH and at Sylvania in Hillsboro, NH

Shirley had a great sense of humor, and always had a smile. She and her brother Albert were the life of all family get-togethers. Shirley’s greatest love was for her family and especially her grandchildren, great-grandchildren, and great-great-grandchildren. She was a homemaker for many years and kept a spotless home. She enjoyed crocheting and knitting and made many pairs of slippers for her family and friends. Shirley had a love for birds. Her favorites were red Cardinals and owls. Shirley always enjoyed attending pot luck gatherings with her family and friends.

Shirley is survived by one sister, Frances Venable and her husband Chester Venable.

Shirley will be remembered for her feistiness and speaking her mind and being a one of a kind Nana.

At Shirley’s request she wanted to be cremated and there will be no services. Cards of your condolences can be sent to Wayne Elliott.

There will be a Celebration of Life at a later date at the discretion of the family.