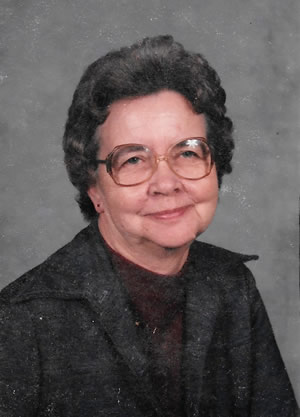 She was born in Chisholm, MN on March 12, 1930 to the late Franklin Hegdahl and Freda (Gillingham) Hegdahl Bunker.   She was also predeceased by her husband Charles H. Gove, Jr. who died in 1974.

She graduated from Simonds High School in Warner, NH, and lived in Newbury, NH most of her life.

She worked as Title I Reading Aide in the Newbury and Bradford Elementary Schools for several years, and was also employed by local businesses, Mesur-Matic Inc., Audio Engineering and Hartford Eichenauer.

The surviving members of her family are two daughters, Susan Lumbra of Vershire, VT, and Betty Brown of Warner, NH, a son, Jeff Gove of Newbury, NH and six grandchildren and two great grandchildren.

The Holt-Woodbury Funeral Home and Cremation Service is assisting the family.

In lieu of flowers, contributions may be made to:  Visiting Nurse and Hospice for VT and NH, P.O. Box 881 Brattleboro VT 05302, or www.vnhcare.org/giving/donate/