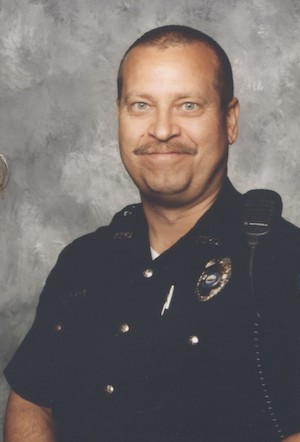 HILLSBORO, NH:  We are sad to announce the passing of Rory Lester Bohanan, of Hillsborough, NH, 58, on Tuesday, May 10, 2022, unexpectedly from a medical emergency in the line of duty as the School Resource Officer for the Hillsboro-Deering School District.

He is survived by, his wife, Rita Bohanan, his parents, Adelemarie and Glenn Bohanan, his sisters, Sarah Bohanan, Heather Robertson, and his brother Monte, his children, Michelle Fitzgerald, Kirk and Sean Bohanan, Ryleigh and Tyler Greenlaw, seven grandchildren, his adopted family, Allison and Joey Cooper, Bryson Townes and Olivia Cooper and numerous aunts, uncles, and cousins.

Born August 31, 1963, Rory was the first of the fourth generation of his family who grew up on the family dairy farm in Contoocook, NH. He attended Hopkinton High School and in 1981 joined the Navy where he served aboard the USS Emory S. Land. In 1987 he joined the NH Department of Corrections, moving into law enforcement in 1998 as a part-time police officer. He attended the 123rd NH Police Academy, finishing 1st academically in his class. He worked for both the Henniker and Hopkinton Police Departments before becoming the School Resource Officer at Hillsboro-Deering Schools. Known to many as “Officer Bo”, he not only ensured that the students were safe but also acted as a mentor to many. He worked with the Special Olympics and ran the Torch Run for many years.

Rory, above all, was committed to his family. He was loving, honorable, caring, and humble. Second only to this, would probably be his love of the Red Sox.

He had a logical, and insightful mind, often presenting options and decision points for his kids, but not telling them what they should do. He was quick with a smile, never taking himself too seriously. His love of dad jokes was legendary. He reveled in eye rolls and groans from his audience as much as laughs. He also had an uncanny ability to find four-leafed clovers.

Rory stood out as a pillar to his community. He embodied the ideals of hard work, honesty, and empathy. He was a reliable husband, father, brother, friend, and son. He will be sorely missed.

The public is invited to visiting hours at the Hillsborough High School on Saturday, May 21 from 1 pm to 6 pm.