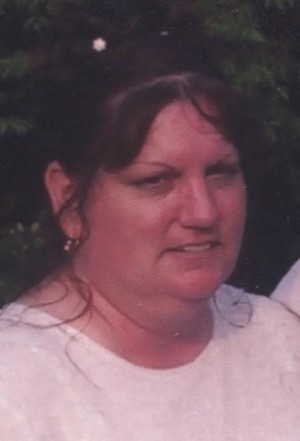 DEERING, NH:  Lisbeth Marie Gee, age 56, tragically pasted away on the 12th of March 2022 en route to Concord Hospital.  Beth was born on the 9th of July 1965, in Burlington, Vermont, to the union of Theresa A. Doyon and the late Conrad R. Doyon of St. Johnsbury, Vermont.  She was the first of three children. Beth attended Summer Street Elementary School through 6th grade, St. Johnsbury Junior High for 7th and 8th grades, and graduated from St. Johnsbury Academy, the Class of 1983.  During Beth’s time in school, she enjoyed being social with her friends and being on the cheer squad. She also enjoyed the water and swimming, so much so that she became a lifeguard and even taught all her children to swim at a young age.

Beth was a very hard worker who overcame a lot of adversity in her life. She pushed herself every day to be better than yesterday and to create a better life for herself and her family. After meeting Peter Gee and moving to New Hampshire in 2005, Beth went on to receive her Associates Degree in 2007 from Concord Community College. Shortly after on June 2, 2007, Beth married Peter Gee in Hillsborough NH.

A few months later Beth began her journey working for the State of New Hampshire in the Department of Revenue. She later moved to the Department of Labor, where she stayed for the remainder of her career. Shortly after celebrating 10 years of service with the State of NH, Beth retired. In retirement, Beth enjoyed movies and puzzles with her husband and video chatting with friends and family. Beth also enjoyed day trips with her kids and grandkids, shopping and playing games. She always said her favorite life accomplishments were being a Nana and Mom to all of her kids and grandkids, blood relative or not.

Mom, Nana, Grammie, and Beth as many called her, enjoyed her life to the fullest. Even after she fell ill, she was always planning towards the future and spending time with her family. Her smile was contagious and she was sure to make you laugh. Beth was a truly supportive and compassionate women and will surely be missed.

Beth is preceded in death by birth parents, Tommy Call and Rosemary Haselton, her father, Conrad Doyon, and her grandson, Andrew Hale.

In lieu of flowers please consider donating gift certificates to local restaurants to help with dinners or grocery and gas cards. Donations can be sent to 5 Jackson St, Hillsboro NH 03244.