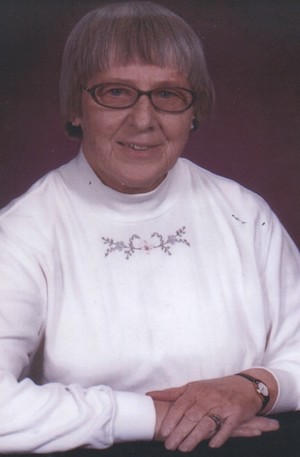 EAST WASHINGTON, NH:  It is with great sadness we share the passing of our Mom and Meme, Ethel Amy (Norcross) Crane, on March 11, 2020 after a long hard-fought battle with dementia.  She was the youngest of nine, born on April 29, 1934 in Lyndon, Vermont to Clarence and Verna (McDowell) Norcross.  She was predeceased by her husband of 25 years, Donald Crane, in 1985.  She was a resident of East Washington, NH for 56 years before her transition to assisted living in 2017.

Ethel was a graduate of Lyndon Institute in Lyndon, VT in 1952.  She then received her Registered Nurse degree in 1955 from Mary Hitchcock Memorial School of Nursing in Hanover, NH.  She worked at the State Hospital and Concord Hospital in Concord, NH, The Newport Hospital in Newport, NH, Hillsboro House Nursing Home and the Office of Dr. Richard Douglass in Hillsboro, NH.  She volunteered as an independent visiting nurse for anyone in need, whether family or elderly neighbors.  She volunteered at local blood drives and blood pressure clinics.  Additionally, she served her community as a Cemetery Trustee and as a member of the Old Home Days and Bicentennial Committees.

Family meant everything to Ethel.  She hosted Family Reunions for more than two decades and in her spare time, she was the greatest babysitter for her five grandchildren and great-grandson, Ayden (who was her pride and joy), watching them while their parents worked and then sending them home with a crock-pot dinner ready to eat!  She always attended their extra-curricular activities – gymnastics, dance, soccer, basketball, softball, baseball, volleyball, cheerleading, piano recitals and more.  Her most recent enjoyment was getting to know her newest great-granddaughter, Kaleigh, who visited her at the assisted living facility and brightened her days.

A special thank you to the “neighborhood watch” of East Washington whose extra eyes helped keep her home for as long as possible, to her friends from church who helped with transportation while she was still living at home, to her caregivers at The Seasons of Summercrest in Newport for nearly two years of quality care and friendship, to the team of Lake Sunapee Region VNA and Hospice and to our awesome friend Carole Rosario who provided healthy picnic lunches for days while we held vigil at mom’s bedside.

Memorial contributions may be made in her name to the Lake Sunapee Region VNA and Hospice. https://lakesunapeevna.org/donate.