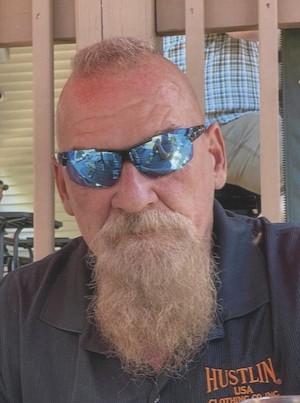 Wayne was born on August 23, 1967 in Lowell, MA to Armand and Jean Lupien. Wayne was a resident of Windsor, NH, with his wife Kathleen of 24 years. Together they raised three children, Brandon, Brittini and Cameron.

Wayne was preceded in death by his father, Armand, his mother, Jean, and son, Zachary.  Along with his wife and children, his brothers Taylor, Brian and Jody, several in-laws, nieces and nephews, survive him.

Wayne had a passion for riding his motorcycle, golfing, camping, and spending his free time with his family. He was well known for his witty sense of humor, his generosity, kind heart and words. Wayne had many friends.  As a veteran of the Navy, Wayne loved to share stories of his endeavors.

Wayne did not allow his illness to stop him from living the life he loved, from working out, and to working hard his entire life.   He leaves behind a legacy like no other.

Wayne wanted to be remembered for the kind way he treated people, and all he accomplished as a man, husband and father.