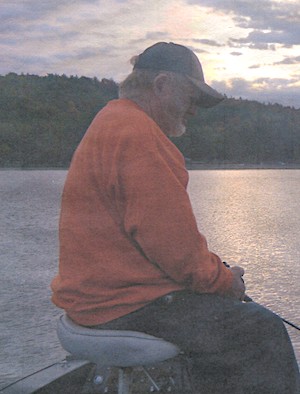 He was the companion of Janice Philbrick, of Washington, NH, and the former husband of Karen Berry of Reading, MA.  He leaves a sister, Lois Gianni of Prospect, ME, and three half-brothers, Joseph Berry of Brick, NJ, John Berry of Monson, MA and Jeffrey Berry of Melrose MA.

He leaves his two sons, Michael Berry and his wife, Maryellen and Thomas Berry and his wife, Leigh, grandchildren, Daniel, Michael and Devyn Berry, and a great-granddaughter, Riley Berry.  He also leaves stepchildren, Marianne, Edward, and Carol Thayer, of Washington and .many nieces and nephews.

James lived his life in Stoneham MA, graduating in the Class of 1956. He spent many summers as a youth in Prospect, ME.

He was very active in the Boy Scouts and was honored to receive the Silver Beaver award. He was the co-owner of the Montvale Garage in Stoneham for 41 years.  In his retirement years, he enjoyed his “garage” in Washington where he spent many hours buying, refurbishing, and reselling tractors. He particularly enjoyed working on Old International Harvesters. He enjoyed creating many useful things by making “chicken salad out of chickenshit.”

Funeral services will on August 14, 2022, at he Camp Morgan Lodge, 18 Wolf Way, off Mellon Pond Road in Washington.  Doors will open at 11 am with Service at 12 noon, followed by a light lunch and fellowship.

In lieu of flowers, donations in his memory may be made to the Washington Fire and Rescue Department, 5 Halfmoon Pond Rd, Washington, NH 03280.