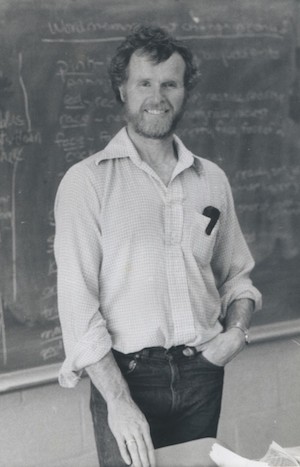 HILLSBORO, NH:  Thomas Leo Connelly, devoted husband of 66 years to Rosario Oltra Connelly, died peacefully at his farm in Hillsboro, NH, surrounded by his family. He was 91.

Tom was born November 5, 1930, in Braddock, PA, to Thomas and Mary Lynch Connelly, immigrants from the West of Ireland. The family moved to the West Side of Manhattan when Tom was two. He was the sixth of nine children. His mother died when he was eight.

Tom was an altar boy and received a Catholic education, but he had to leave school at 14 to help support the family. He worked for a time on the docks with his longshoreman father, then “rode the hump” at the Jersey City rail yards. To pick up some extra cash, he boxed and played semipro basketball.

Tom enlisted in the Air Force during the Korean war and attained the rank of Staff Sergeant. He was a training instructor for the first racially integrated classes at Lackland Air Force Base in San Antonio.  After his discharge, Tom moved to Bridgeport, CT, where he met Rose while both were working at Sikorsky Aircraft.  He attended Teachers College of Connecticut (now Central
Connecticut State University) on the G.I. Bill of Rights. He earned a Master’s degree from Wesleyan University.

A lifelong learner and a lover of literature, especially poetry, Tom began his career teaching English at Central High School in Bridgeport.  He then spent the bulk of his career at Roger Ludlowe High School in nearby Fairfield. He retired in 1985 to become a gentleman farmer in New Hampshire.

Tom was an exceptional athlete. He competed in his first Boston Marathon in 1968, eventually running a personal best of 2 hours and 54 minutes. He continued to compete in road races into his late 70s. At the age of 48, he ran a half-mile in 2 minutes flat. He was a gold medal winner in a relay, with his New York Pioneer Club teammates, at the Masters Olympics in Gothenburg, Sweden. In his later years, he moved a lot of rocks.

A Funeral Mass will be held Friday, January 7, 2022, at 11 am, at St. Mary’s Catholic Church in Hillsboro. Burial will be in the Spring.