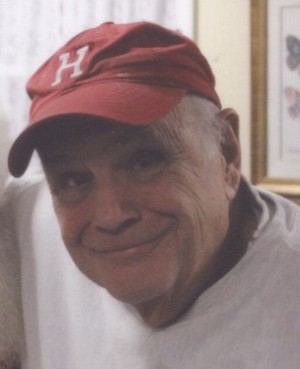 He was born in Queens, NY on October 12, 1942 to Michael F. Stellato and Joanna (Tedesco) Stellato, he spent his childhood in an Italian neighborhood, playing stickball and riding the subway to school. As a teenager, he was known for gassing up his V8 Interceptor for a couple of bucks and cruising Jones Beach, while also bowling in the neighborhood leagues. Upon graduating high school, his family moved to Hillsboro, NH. Mike quickly decided that there were too many trees and not enough people, so he signed on with the Air Force in 1963.

While serving, he did tours in Guam, Okinawa (loved it) and Turkey (hated it). As a radio operator, it was his duty to listen in to radio broadcasts and decipher/decode hidden signals. While in Okinawa, he and a superior officer witnessed what he believed to be a UFO.

Returning to Hillsboro in 1967, he decided that maybe too many trees weren’t a bad thing and began to settle down. He earned an Associates Degree in Business Administration from Hawthorne College in Antrim, and worked in the defense industry for Sanders/Lockheed in Nashua. In 1972, he married Linda (Yeaton) Stellato after meeting her at a local adult softball league game. Their children, Richard William and Kristy Lynn, came along not long after.

Locally, Mike worked as a mechanic and supervisor at OSRAM Sylvania and Frameworks. He also had a stint working at a local store selling fish, and as a hobby shop owner in the 1990s.

Throughout the 80s, 90s, 00s, and 10s, he was deeply involved in the community. He co-founded the local HYAA sports league, and served as a baseball, softball, and soccer coach. If you are in your 30s or 40s reading this, there’s a fair chance you remember taking a victory lap around town in the back of his pickup truck. He was an assistant soccer coach at the high school and an assistant peewee soccer coach, and when he got to the point where he couldn’t keep up with the teenagers, he shifted to working the scoreboard at basketball and soccer games. He was a Cub Scout Den leader, and a veteran member of the local Lions Club. For many years, he was one of the truck drivers who drove up to Colebrook to get trees for the club to sell. He was a fixture in local Republican politics, to the point that the local Republican Committee named him a Chairman Emeritus (one of only two people to have received the honor.)

In leisure time, he deeply enjoyed his tomato plants and the sauces he made from them. He also gathered with friends at McDonalds, Dunkin Donuts, and the Carons/Hillsboro/Hannah’s diner. But his favorite downtime activity was plunking himself down in a chair under the shade tree at Manahan Park, where he delighted in watching his kids and granddaughter learn to swim.

Michael leaves behind his wife, children, a granddaughter, and several nieces, nephews, cousins, and in-laws.

A service will be held in the Spring.

Donations can be made to Hillsboro Rescue Squad or the Hillsboro Lions Club.