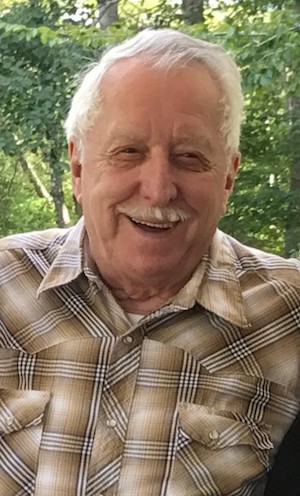 Bob was born on January 27, 1936 in Hanover, NH to Arlene (Gerry) Waters and Albert Waters.

Bob is survived by his loving wife, Diane Waters of 50 years, and his six children, his daughters, Robin Waters and her fiancé Michael Johnson of Lake City, Florida, Tammy Gionet and her partner Patrick Sullivan of Groton, NH, Cathy Tramontozzi and her husband James of Deering, NH, Tammy Buker and her husband Robert of Hillsborough, NH, his sons, Albert Waters and his wife Linda of Lake City Florida, and Donald Fales, Jr. and his wife Rachel of Antrim, NH.  Bob is survived by his sibling, Shirley Waters of Lebanon, Ohio and he is also survived by 18 grandchildren, 27 great grandchildren and several nieces and nephews. Bob leaves us to join his daughter Terri, his parents, and his four siblings Judy, Mary, Pat and Peter, and his grandson, Jesse.

Bob lived in Hillsborough, NH for many decades before moving with his wife to Concord in 2018. He was employed by Woods Woolen Mill for 27 years and then retired from the Hillsborough-Deering school system years later.

He enjoyed hunting, fishing, camping, wood working and spending time with his family.

Bob will always be remembered in our hearts as a loving, patient, caring and devoted husband, father, grandfather, and friend. He leaves us with beautiful memories that will forever be imprinted on our hearts … until we meet again.

There will be no calling hours.

A Graveside Service will be held in the spring at the Harvey Memorial Cemetery in Hillsboro, NH.