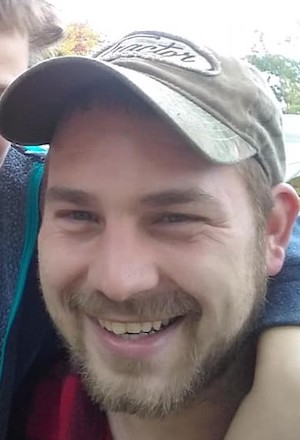 TJ was born on November 15, 1992 to Timothy Misiaszek and Lacey (Misiaszek) DuBois in Concord, NH. He attended schools in Hillsboro and Concord and earned his GED in 2008. As a child, you could find him asleep in the closet, walking around with a beer box on his head or scaling the baby gates. We all know it was Tiffany who threw the marbles through the window. He always had the best hugs and would never hesitate to help anyone who needed him.

He had a passion for cars, trucks, and mechanics in general. He enjoyed figuring out how things worked. Whenever he wasn't working on a vehicle, you could find him out in nature. He loved wandering in the woods, just finding any new peaceful place to enjoy or fishing. He loved doing donuts and driving fast. Always one for a debate, he didn't care who he talked to or what they talked about. He loved his sons more than life itself.

Tim did things his way. If he believed in something, he wouldn't waiver in his belief. He would do what he felt was right, even if it meant he would stand alone. He was as real as they come. Loyalty meant so much to him.

TJ is predeceased by his number one fan, his grandmother Sharon Randall, his grandfathers, Charles Lincoln and Timothy Brier and his cousin Chelsea Randall.

Tim is survived by his sons, Timothy James Jr. and Sawyer Brookes, his parents, Tim and Christine and Lacey and Dale DuBois, his sister, Tiffany Misiaszek of NC and his brothers, Daniel Misiaszek of NC, Jason Manley of NH, Justin Briggs of FL, Jessy Manley of NV and Robert DuBois of NC. He is survived by his grandfather, Wilfred Randall of KY and his grandmother Beverly Brier of FL, a nephew, two nieces, many aunts, uncles, and cousins. He also leaves his extended families, Wayne and Ruth Brown, Jeremy Calley and Jenna Bowes, as well as an abundance of friends.

A Celebration of Life will be held on March 6, 2022 from 2 to 4 pm at the American Legion in Hillsboro.