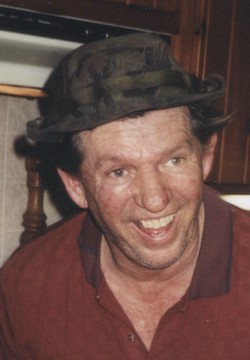 He was born November 22, 1943 in Hillsboro, NH, the son of Ernest Kelley and Dolores (Norton) Kelley and resided in New Hampshire his entire life.

He was pre-deceased by his son, Alan, sister, Beverly, and five brothers, Arthur, Charlie, Ernie, Timmy and Wayne.

Alfred was a dedicated and loyal member of the community.  He served as a police officer in Greenfield and Francestown and was the Deering Police Chief for more than four years.  He retired from the town of Deering Highway Department in April of 2012.  He was called out of retirement for his expert skills plowing the roads with the grader and had over 40 years of faithful service.  He had a passion for hunting and teaching the art of the hunt to children.  In addition to teaching his children and grandchildren to hunt, he taught many others.  He formed a special bond with this extended hunting family, Sarah, Morgan, Riley, Holden, Grace, Brennan and Liz.  The only thing that was bigger than his huge magnetic smile was Alfred’s heart.

There will be a celebration of life at a later date.