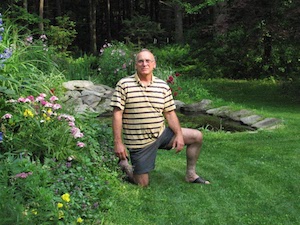 He was born on November 25, 1950 in Winchester, MA, a son of the late Leonard and Pauline (Currier) Bono.

Gary was raised and educated in Woburn and Cambridge, MA, and earned a B.A. from Columbia University NYC, NY.

He married Barbara Power in 1986 and they have resided in Deering, NH for 43 years.  They have two sons, Richard Bono, and David Bono, and one granddaughter, Lily.

Gary worked for 30 years as a carpenter.

He was a longstanding enthusiastic member of the Deering Conservation Commission and a valuable volunteer and mentor with The Bishop Guertin First Robotics Team in Nashua, NH, for four years.

In accordance with Gary’s wishes he was cremated and a private service will be held at a later date when it is safe to do so.

The family would like to thank the Concord Regional Visiting Nurse Association Hospice Services and the staff of Concord Hospital, Concord, NH.

The Holt-Woodbury Funeral Home of Hillsboro is assisting the family with arrangements.