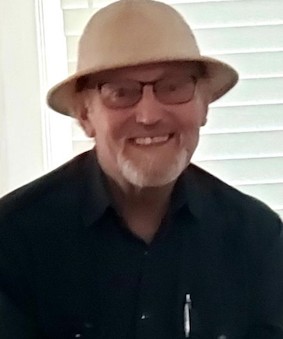 CONTOOCOOK, NH & PORTAGE, ME:  Craig Burton Chapman, “Chappy”, 73, of Contoocook, NH and Portage, Maine, passed away surrounded by family at the Hospice House in Concord, NH on December 18, 2022.

Craig was born in Ashland, Maine to the late Beverly and Mildred (Beaulier) Chapman on August 13, 1949.  August 13th is international lefthanders day and Craig was a very proud lefthander.  He enjoyed meeting other lefthanders and telling them about his birthday being on that day.

Craig took to the road at a young age working on the railroad and eventually landed in Minnesota where he married and had three children.  Craig worked at a variety of jobs over his lifetime including farming, owning his own radiator shop, as an inspector at Harris Graphics in Dover, NH, a rocket inspector in Florida and he also bought, refurbished, and sold houses to name just a few of his endeavors.

He loved yard sales, antiquing, and finding treasures.   He collected lighters for a time and even went to Las Vegas to share his collection at a convention.  He was always searching for a “what’s it”, an item that no one knew what it was so he could either figure it out or speculate on its purpose.  He collected old tools, especially old farm tools/implements.  He loved wearing unique, colorful hats and enjoyed the comments he would receive about them.  Craig’s biggest passion was making people laugh.  He always had a joke to tell.  His humor was present right up until the end.

Craig is survived by his three children, Amy Baron of Contoocook, NH, Steven Chapman of Nashua, NH and Sarah Chapman of Revere, MA, as well as five grandchildren.  He is also survived by his sister, Carlene of Lebanon, Maine and three brothers, Doug of Ashland, Maine, Dale of Ottumwa, Iowa and Merritt of Waldoboro, Maine along with many nieces, nephews, and friends.  Craig is predeceased by a brother and a sister.

No services are planned at this time.