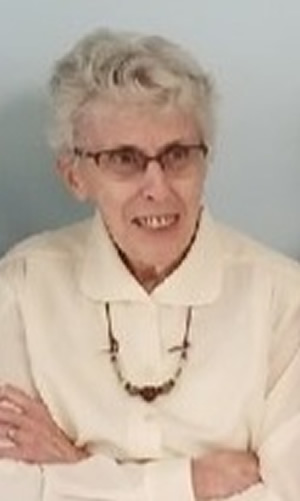 Virginia graduated from Catholic Central High School before entering the work force with Montgomery Ward in Troy.  In April 1964 she began working at Williams Press where she met Robert (Bob) Burton the love of her life of 53 years, and they were married on October 21, 1964 in Troy, NY. She was a stay-at-home mom to their growing family in the countryside of Boytonville, NY and in New Hampshire, where they moved in 1976.  In the late 1970’s she re-entered the work force at Framework’s in Hillsboro, NH and ended her career with retirement from PEP Direct, Inc in 2009.  In her retirement she enjoyed her grandchildren, taking trips around the country with Bob, and she was so very proud of traveling to England and Ireland to see her grandson perform with his college ensemble, and learning about her family history.  Virginia was a 10+ year breast cancer survivor and very proud to walk in the annual Making Strides event as a survivor up until COVID.  And After Bob’s passing in 2018, she became more involved with her church and senior activities such as knot tying for quilted baby blankets, collating the senior newsletter, walking with friends, and doing chair yoga.

Funeral services will be held on Monday, January 3, 2022 at St Theresa’s Church in Henniker at 10:00 am with Father Marcel Martel officiating, followed by a reception at the church.  In light of distance and COVID protocols, the service will also be streamed to the St Theresa’s Facebook page (https://www.facebook.com/StTheresaStMary/videos/?ref=page_internal) for those not able to attend in person. The service will also be available for viewing for a time after the service.  The family will be available for condolences at the church in the hour prior to the service.

In lieu of flowers, memorials may be made to Breast Cancer Research Foundation (bcrf.org).