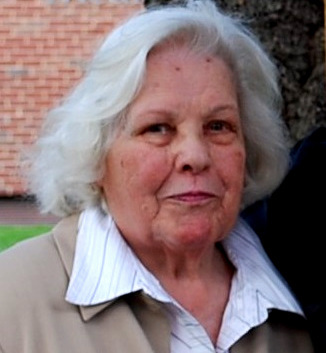 HILLSBORO, NH:  Marlies Elisabeth Josephine (Fischer) Radermacher of Hillsboro NH, 90, died Wednesday, December 8, 2021,  comfortably at her home in Hillsboro, NH with family by her side.

Marlies was born on June 22, 1931 in Bendorf, Germany to her parents Georg and Franziska (Opp) Fischer.  Marlies was the second of four children and the only daughter.  She met her husband Walter of 65 years on August 9, 1951 at a wine festival on the Rhine.  They were married in October of 1956 and together they emigrated to the United States.  Marlies became a U.S. Naturalized Citizen in 1962. After living in New York City and northern New Jersey, they relocated their family to Hillsboro, NH in 1975 where they raised their two children.

Early on, Marlies had experiences that would suffice for several lifetimes: surviving the bombing during World War II and the destruction afterwards, moving to another country and learning a new language, and raising a special needs child while running a household.  She credited her faith for giving her strength.

Marlies loved to entertain family and friends especially preparing her special German dishes for special holidays and events. From a young age, she apprenticed with her father, the baker, to learn how to work pastry dough and was interviewed for several newspapers. An avid gardener, she worked on her flowers both inside and outside the home.  Marlies had several houseplants over 50 years in age.  She was a long-time parishioner of St. Mary’s in Hillsboro, contributing to church fundraisers over the years.

Calling hours will begins at 10 am followed by a Church Service at 11 am on Saturday, January 8, 2021 at St. Theresa’s Church in Henniker, NH.