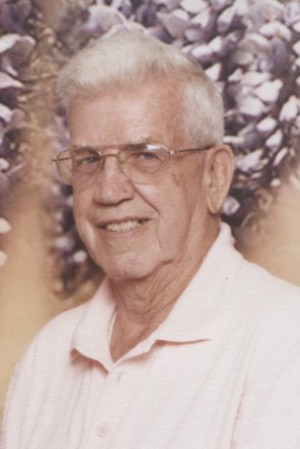 HILLSBORO, NH:  Oliver W. Burnham, 93, of Hillsboro, NH passed away on September 5, 2019 at the Hospice House in Concord NH.   Oliver was better known to friends and family as Ollie, Jack, or Smiley.

Oliver was born June 5th1926 to James E. and Etta Mae Burnham in Leeds, Maine.  Upon being discharged from the United States Army he returned to Leeds where he married Stella J. (Wing) Burnham.  Together they raised three children.  Known for his smile and quick wit, Oliver always made certain his family never went without. He would work whatever job was necessary.  While living in Maine, he was employed as a little way stitcher in a shoe factory. When he and his wife relocated with their family to Hillsboro, NH, he was employed at Monadnock Paper Mills in Bennington, NH.  In 1968, Oliver left the paper mill and opened a Real Estate Business with a partner. In 1972, Oliver ventured out on his own and opened Burnham Realty in Hillsboro which he successfully ran until his retirement in 1978.  Not one to sit idle for long, Oliver then went to work at GTE Sylvania for about a year. He and his wife then sold their home and traveled cross country.  Upon returning to New Hampshire, Oliver and his wife owned and operated The Crystal Tree, a summer and seasonal crystal and pewter business.  Then he and his wife moved to Apollo Beach, Florida, permanently. Oliver continued to run The Crystal Tree three days a week at a local flea market until moving back to Hillsboro in 2015.

Oliver was a former member of the American Legion Post, and the Royal Order of Moose in Hillsboro. For a few years, he was a member of Angus Lee Golf Course.

Mr. Burnham was preceded in death by his wife of almost 70 years, Stella, his parents, brothers, Charles, Clinton and Perley Childs, as well as by a sister, Helen Whittier, all of Maine.

A graveside service will take place on Saturday September 14, 2019 at 11 am in Maple Ave Cemetery in Hillsboro.