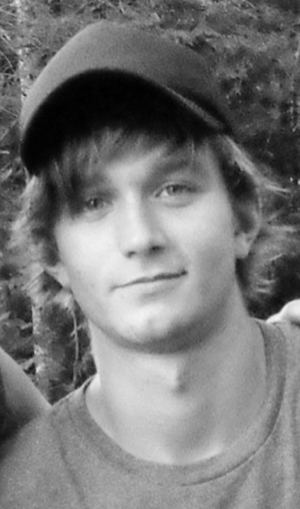 WASHINGTON, NH: Bryson Darren Edwards left this earth unexpectedly on September 15, 2019. An avid fisherman, Bryson felt at home at his great grandfather’s camp on Highland Lake in Washington, NH where he spent many summers as a child. He loved the outdoors and could often be found on the lake in a boat with his dog. If you didn’t see him there, then you could probably find him in a garage working on engines. He was naturally inquisitive and liked to know how things worked.

Bryson was born on May 27, 1993 at Concord Hospital in NH to his mother Angela (Greene) Merrill and his father Darren Edwards. As a child he approached life at full speed. Whether it was riding a bike without training wheels at four years old or driving his go cart into a tree in his yard, he liked to live life to the fullest. He was a school bus protector for his little sister Alesha and gave skateboarding lessons to his little brother Jacob.

Bryson will be remembered for many wonderful things, including his easy smile and his love of music.

Calling hours will be held Thursday, September 19, 2019 from 4 to 8 pm in the Holt-Woodbury Funeral Home, 32 School St, Hillsboro, NH.

Graveside services will be held Friday September 20, 2019 at 10 am in Maplewood Cemetery In Antrim, NH.