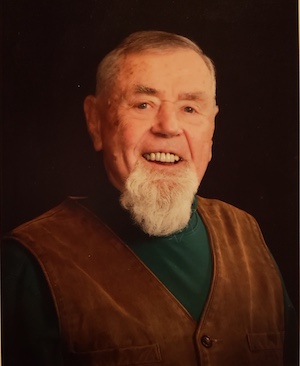 Born in Columbus, OH, on October 3, 1928, he was the son of the late Harry Raymond and Charlotte (Loveday) Hofford, Sr.  Formerly residing in the Boston, MA area, he and his wife, Ellen (Reed) Hofford, made their home in Washington for 50 years.

During World War II, he served in the U.S. Army of occupation in Italy and was discharged IN March of 1948, later becoming a Captain in the U.S. Air Force Reserves until 1968. A graduate of Boston University and University of Michigan, he received his Ph.D. from Syracuse University. Most of his professional life was spent in college teaching and Christian ministry, with preference for evangelism. He and his wife traveled widely in missions with Eastern European Outreach, now Mercy Projects International.