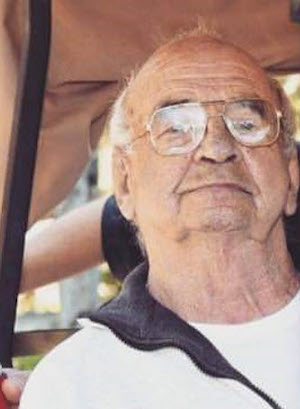 HENNIKER, NH:  Richard Bernard Hall, Sr. passed away at home on Monday, May 20, 2019 with his loving wife at his side.

Dick was born on June 8, 1935, in Concord New Hampshire and was the son of the late Bernard and Gwendolyn Hall.  He was a life-long, 3rdgeneration, resident of Henniker, New Hampshire.

Dick served in the U.S Air Force and worked various professions at Henniker businesses and in surrounding towns.  He enjoyed fishing, golfing, horseshoes and, in his younger years, snowmobiling and motorcycling.  His pride motorcycle was a fully dressed Honda Gold Wing in bright yellow that he and Nancy put thousands of miles on around New England and with trips to Niagara Falls and the Carolinas. He also enjoyed camping and often packed up the family in a wonderful pop-up camper and vacationed throughout New England.  The family’s favorite spot was Caton Place Campground in Vermont, where he frequently won the annual horse shoe tournament.

For many years he was an accomplished woodworker, making bowls, magazine racks, napkin holders and pens that can still be seen in the homes of residents around Henniker.  He made a cradle for his newborn grandson Ryan, followed by wooden trucks, boats, an aircraft carrier, and a submarine. These will be handed down, at some point, to the 6thgeneration of Halls in Henniker.

There will be a graveside Celebration of His Life at the Henniker New Cemetery on Old Concord Road (right side heading out of town) on Wednesday, May 29, at 2:30 pm.  The family asks for all to think of and share a story.

Donations can be made in his honor to the Rick Hall Golf Classic.  The charity, in his son Rick’s memory, annually donates to Henniker residents, Henniker Food Pantry, Police Department, Fire, Rescue and Scholarships to John Stark Regional High School graduates.