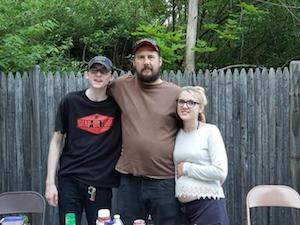 Jay had two passions in life … the first one being anything he could fix, especially automobiles. His father often referred to him as the "Jay of all trades".  It is believed by many that Jay was the "best mechanic" around.

Along with the immediate family, he leaves behind his girlfriend, Mandy Rajaniemi, plus many aunts, uncles, nieces, nephews, cousins, brother and sister-in-laws and close friends he considered family.

There will be no services, but instead a Celebration of Life at the convenience of the family.