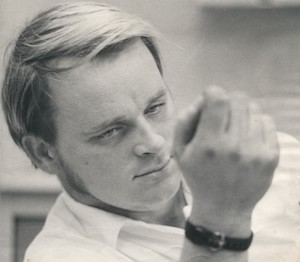 WASHINGTON, NH:  James (Jim) Fredrick Houghton, Sr. 74 of Washington, NH passed away peacefully with his family by his side on October 31, 2018.

Jim is survived by his wife, Cheryl Houghton, his sons, Kevin Lawrence and his girlfriend Monique, James Houghton, Jr. and Gary Lawrence, his daughters, Jane Thayer and her husband Edward and Diane Chaski and her husband Steven, 11 grandchildren and 13 great grandchildren with 2 on the way, his brothers and sisters and many cousins, nieces and nephews.  Jim was predeceased by his sons, Timothy Lawrence, Brian Lawrence and Jeff Lawrence, his daughter, Joanne Houghton and his grandson, Joe Lawrence.

Jim was a carpenter by trade; he was one of the founders of the Henniker and Washington Rescue Squads, he was the Washington Police Chief and Henniker, Hillsboro and Washington Fire Fighter.   Jim enjoyed playing cards with friends, trips to Peaks Island, camping in the Berkshires, wintering in Florida, Sunday family dinners and spending time with family and friends.  After retirement, he made the full time move to Florida, however in 2015 Jim and Cheryl moved back to Washington to be closer to their family.

A celebration of life will be held at the Camp Morgan Lodge in Washington on Saturday, November 10that 2:00.

A private interment ceremony will be held at a later date.

In lieu of flowers, donations may be made to the American Foundation for Suicide Prevention (AFSP.COM) in memory of his son, Brian Lawrence and his grandson, Joe Lawrence.  The family walks together as Team Lawrence to help raise awareness and to bring hope by those affected by suicide.