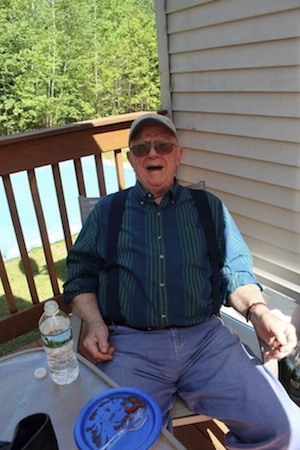 Floyd was born on June 10, 1929 to Ruth Emery and Barnard Jones of Eden, Vermont.

There will be a Celebration of Life at the America Legion of Hillsboro on October 13 from 1 to 5 pm.

In lieu of flowers, donations can be sent to the Hillsboro Rescue Squad or The American Heart Association.