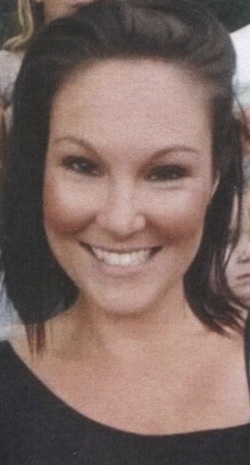 Jenni brought energy and fun to the lives of everyone she met. She was raised not only by her parents, but also by an extended family that loved and supported her.

Jenni spent most of her school years at Kearsarge area schools, graduating from Pittsburg High School in 2004. Jennie also graduated from modeling school. She always wore a bright smile and her heart on her sleeve, which made her endless friends. Jenni furthered her talents into a career as a medical assistant after graduating from Hesser College in 2009.  Her patients loved her doting, easygoing and attentive nature.  Recently, Jennie shared her work days with her Dad and brother Tom, painting houses and commercial properties. Jennie loved to clean, her love for magic erasers was well known. She enjoyed the beach, watching Hallmark and Lifetime movies, watching the Patriots, cookouts and spending time with friends and family.

Most of all, Jennie adored her two beautiful daughters, Alexis and Jordyn. The two girls were the light of Jenni’s life. We will honor her memory by filling their hearts and lives with precious memories and generous love.

Jennie life will forever bring smiles to our faces. She had a love that was given without condition, a smile that was worn without hesitation and laugh that would fill the emptiest of rooms. May she find the peace in heaven that eluded her on earth. God bless you, you’re now in his company.

A memorial gathering will be held Saturday, July 28, 2018 from 2 to 5 pm in the Holt-Woodbury Funeral Home & Cremation Service 32 school St Hillsboro, NH.