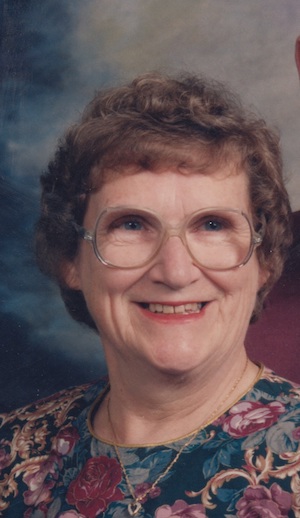 CONTOOCOOK, NH: Beverly Ann "Bev, Dede" Martin Johnson died on July 24th, 2018 at her home on Pine Street in Contoocook, NH.  Born on May 5th, 1933 in Concord NH, the daughter of the late Edward Martin and Edna M. Dwinnells Martin, Bev was a lifelong resident of the town of Hopkinton.

Bev graduated from Hopkinton High School in 1951 and went to work at First National Bank, then Mechanics Bank, in Concord. With the completion of their home and a growing family, Bev started a preschool that quickly grew causing her to enlist the assistance of neighbor, Ann Simpson. Bev eventually returned to banking at New Hampshire Savings Bank in Contoocook and when, in around 1973, longtime family friend, Pat Leavitt, began a construction business where she worked part time performing bookkeeping and office management duties, as well as working part time for the Patenaude family.  As one of the original members of the Board of Directors to the Hopkinton Community Center, Bev's increased involvement in its operations turned into a full time position.  In 1985, Bev and her friends Gloria Symonds, Judy Avron and Mimi Harper began working for Merrimack County Telephone Co. where they were lovingly referred to as B.I.T.C.H.E.S. aka "Bill Insertion Team Carefully Handling Envelope Stuffers".

Through her many years of dedication to the Hopkinton and Contoocook communities, Bev initiated and collaborated to nurture several programs and organizations.  First, with the Hopkinton Community Center as a venue, she helped coordinate Variety Shows, Monte Carlo Nights and July 4th Strawberry Festivals, a preschool program, a food pantry, and Wednesday Senior Luncheons where deliveries were made to those who were unable to attend. Through her years she was also a member of the Contoocook Grange and the Rebekahs.

Although the Hopkinton Community Center eventually closed, many of the programs continued and grew.  Bev, Gloria Symonds, Tess Tardy, and others turned the weekly Senior Luncheons into the Golden Group of Hopkinton.  They began several other Senior programs such as line dancing classes and a wellness program where chair exercises were offered.  They arranged day trips to "leaf peep", visits the Holmes farm, etc., and overnight trips to Pittsburg, Sleepy Town, and Cape Cod.   At their monthly meetings they would often make arts and crafts to deliver to the local nursing homes.  The Golden Group also supplied yellow roses to hand out at services to symbolize friendship with those departed.   As of recent times, Bev joked that they started the Golden Group to give Seniors activities to keep them going, both body and mind, and now she was a Senior herself!

Among Bev's many likes were her heart collection, chocolate, square dancing, camping, the beach, motorcycle trips, gardening, mowing the lawn, and watching the Red Sox and Celtics.  She also enjoyed the "Couple's Club", greeting people and collecting money at the Odd Fellows breakfast, and spending time at camp in Pittsburg.  Bev's biggest love was her family. She looked forward to each and every family gathering, and loved to watch all of her grandchildren and great grandchildren at all of their various activities. She especially cherished watching her grandson Tommy play basketball for the Kearsarge Cougars.  Very few games were ever missed.

Calling hours will be Friday August 10th from 4 to 7pm at the Holt-Woodbury Funeral Home, 19 Hall Ave, Henniker NH.  Graveside services will be held on Saturday, August 11th at 2 pm at the Contoocook Village Cemetery with a gathering of friends and family immediately following at the American Legion Post #81 on Boundtree Road, Contoocook.

Beverly, Bev, Dede, Mom, whatever you knew her as, you knew that when you saw her you were greeted with a big smile, and an open heart.  She had room in her heart for everyone, and everyone was welcome.