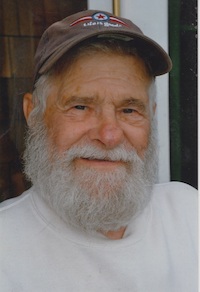 Paul was born in Concord, NH on April 5, 1933.  He was predeceased by his parents Moses and Dorothy Clark.

Paul worked for many years as a general machinist for Kingsbury Davis and HMC and later in building maintenance for the NH State Hospital until he retired. Paul was proud to have served in the US Navy from 1952 – 1956 as a Boiler Technician General 2nd Class.

For years Paul volunteer coached Little League in Contoocook and would flood and help maintain the town skating rink. He was a member of the Odd Fellows and a volunteer fireman.

A private graveside burial service will be held in the spring at the Henniker Cemetery, Henniker NH.