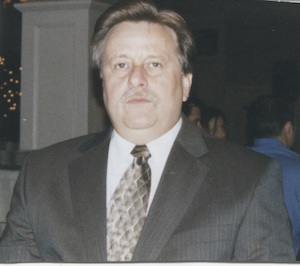 He was born April 30, 1953 in Philadelphia, PA, to Jean Gruhler and Nancy Mary Schumann-Gruhler-Miller. She lived in Doylestown, Pennsylvania for 30 years. Now she is in Burlington, New Jersey.

James worked for over 34 years at GTE Sylvania in Hillsboro, NH before his retirement in 2017.

Survived by his wife, Maria C. (Garcia) Gruhler of Hillsboro, NH, two sisters, Diane Gruhler-Pesut (son Zachary Weston Gruhler) of Burlington, New Jersey and Donna Gruhler of Greenville North Carolina, a daughter, Meghan Robicheau and her husband, Nick Robicheau, of Washington, NH, his granddaughters, Harper and Evelyn, a daughter, Jenn Nason,  and her husband, Don Nason, of Hopkinton, NH, his granddaughter, Sophia Lee, a son, Jonathan Garcia, and his wife, Brandie Garcia, of Berwick, ME, and his granddaughters Aleah and Mya.