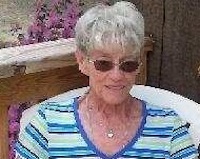 She was born July 12, 1943 in Greenfield, NH to the late Gardner E. and Edna D. (Baker) Glover.  She was also predeceased by her husband of 45 years, Donald G. Parker, who died in 2010, a brother, Gardner (Sonny) Glover, Jr., and a stepdaughter Susan Elaine Lawrence.

Barbara worked at Honeywell Corporation, Brookstone, for Dr. Gerald Debonis, and then for the Town of Bennington, NH before her retirement.

She enjoyed spending time with her family and friends, sewing and knitting.

Graveside services will be held in May in Evergreen Cemetery in Bennington, NH.