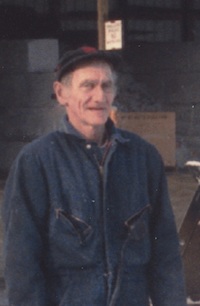 He was born January 15, 1944 in Newport, NH, to the late Pensy and Blanche (Duhamel) Davis. He was also predeceased by a son, Robert Davis.

Robert work as a Forman - Loader Operator for the Town of Hopkinton, NH, Transfer Station for many years. He also worked at Henniker Saw Mill and Hopkinton Paper Mill.

His hobbies were collecting Indian and Eagle things, going to Yard Sales, and spending time with his grandchildren.

Calling hours will be held Saturday, December 16, 2017 from 11 to 12 noon at The Holt-Woodbury Funeral Home & Cremation Service, Hall Ave, Henniker, NH. Services will follow at 12 noon.

Donations may be made in his name to CRVNA, Hospice Home Care, 30 Pillsbury Street, Concord, NH 03301, or The American Lung Association.